Bill Hinchberger lived in Brazil for more than two decades. He worked as a correspondent for Financial Times, Business Week, ARTnews, Advertising Age, Variety, and other publications, and served four years as president of the São Paulo Foreign Press Club. His work has also appeared in numerous publications, and he has contributed to several books. 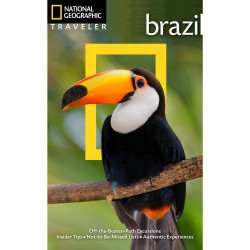